The Citadelle of Dinant

Only available in Dutch

Protected by solid natural defenses, the city of Dinant and its citadel are rich in a thousand-year-old history. Initially a simple tower perched on the rocky outcrop that dominates the city, the fortifications built to defend it have never ceased to evolve, bearing witness to the vicissitudes linked to the many changes of masters of the city. Indeed, enjoying a strategic geographical position, the city regularly changed hands over the centuries. Its aspect and that of its defensive organs are modified each time. In turn rebellious or submissive, in conflict with its neighbor, under the authority of the prince-bishop of Liege, the king of France or the Dutch, Dinant lost its status as a stronghold when Belgium gained its independence and neutrality. However, since the end of the 19th century and in spite of the interruptions caused by the two world conflicts, the citadel of Dinant has found a new vocation by opening up to tourist activity and by taking advantage of its eventful history (Les éditions namuroises) 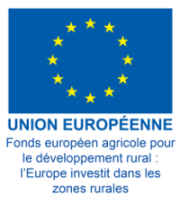